The Centre for Southeast European Studies, University of Graz, organised a series of panels centred on the theme of labour and history from below in Yugoslav late socialism for the conference ‘Socialism: Construction and Deconstruction’, (the 2nd International Conference Socialism on the Bench, organised by the Centre for Cultural and Historical Research of Socialism, University of Pula on 1-3 October 2015. 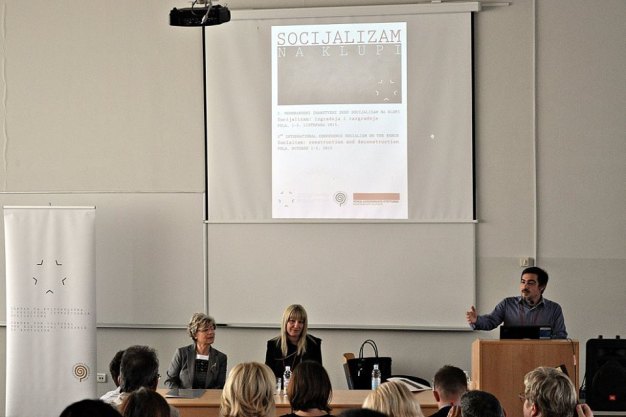 Our project, through centred on Serbia and Montenegro in the 1980s, seeks to contribute to the broader research agenda of labour history in SEE and to foster cooperation between researchers. In the last few years an increasing number of young researchers based in institutions in the UK, SEE and Central Europe have been conducting doctoral and postdoctoral research in this field.

Here are the panels we organised which give a flavour of the state of the debate:

Panel 1: Industrial Grievances and Identity from the 1960s

Panel 2: Other forms of Labour: Voluntary work and Gastarbeiter Return

Panel 3: Between class and nation: Labour in Yugoslavia during the 1980s

Panel 4: Labour on the Brink of Capitalism

Emerging themes in the research of labour, (late) Yugoslav socialism and postsocialism

We have compiled a preliminary list of themes that arose in the presentations and discussions prompted by them in Pula. These methodological and thematic considerations emerge frequently and transcend the particular empirical focus of the papers.

Features of Yugoslav work and non-work

Labour and its intersection with other phenomena

Levels of analysis and comparative framework

I am a social historian of 20th century Southeast Europe originally from Ireland and primarily based in Austria for the last decade. My research has focused on labour history and gender history in socialism, housing, everyday life and popular culture. Methodologically, I have experience in working through oral history, grounded theory and other qualitative, interpretive methods which link social science approaches to social history research. My current research project (2020-2023) explores the history of intra-Yugoslav Albanian migration during late-socialism. View all posts by Rory Archer